The first-ever recipients of the ACM/CSTA Cutler-Bell Prize in High School Computing were announced on Saturday, March 19th at the Living Computer Museum in Seattle. The prize, bestowed by ACM (Association for Computing Machinery) and CSTA (Computer Science Teachers Association), recognizes computer science talent in high school students. Each recipient was awarded a $10,000 prize and presented his or her project at the museum.

The ACM/CSTA Cutler-Bell Prize seeks to promote the field of computer science and encourage its study, as well as to empower young and aspiring learners to pursue computing challenges outside of the traditional classroom environment. The award was established by David Cutler and Gordon Bell. Cutler is a software engineer, designer and developer of several operating systems, including Windows NT at Microsoft, (where he is Senior Technical Fellow), and RSX-11M, VMS and VAXELN at Digital Equipment Corporation. Bell is an electrical engineer and an early employee of Digital Equipment Corporation, where he led the development of VAX. He is now a researcher emeritus at Microsoft Research.

"We are delighted to support this award to recognize, encourage and reward high school students in computing," said Bell and Cutler. "We created this contest as a way to identify and support some of the most innovative and talented youth in the world of technology and computer science."

The winning projects exemplify the diverse applications of a subject that touches every industry:

Valerie Chen, Thomas Jefferson High School for Science and Technology (VA)
Software systems are relied upon in almost every area of life, but inadequate software testing contributes to an annual cost of nearly $59.5 billion. Chen interned at the Naval Research Laboratory as part of the Science and Engineering Apprentice Program (SEAP), so she got to see first-hand how important this testing becomes for things like submarines. Chen created a software testing tool that she hopes will improve how systems are tested, thereby making our world a safer place.

Matthew Edwards, Blacksburg High School (VA)
Voting is a civic responsibility, but often federal elections see just over half of eligible citizens vote. Edwards wanted to figure out why more people don’t vote. His project addressed voter turnout and the right to vote. Edwards used computer science to develop a new strategy for voting online. He hopes that using technology in local, state and national elections will encourage and enable all citizens to vote and provide solutions to other social problems.

Cherry Zou, Poolesville High School (MD)
There are an estimated 556 million victims every year and 18 victims every second of cybercrimes. Zou chose to focus her project on cyberbullying and cybercrimes. She read terrifying stories of people taking their own lives after being cyberbullied via fake social media accounts. Her project aimed to use an author’s writing style to correctly identify anonymous social media posts. Zou wants users of social media to be held accountable for their harmful actions.

"We are grateful to Cutler and Bell for creating this prize," said ACM President Alexander L. Wolf. "ACM has led the effort to integrate computer science into the K-12 curriculum. As computing becomes increasingly prevalent in all walks of life, providing young people with access to quality computer science education is essential. We need to harness the creativity of our youngest citizens and cultivate their interest in being the creators of new and innovative technologies and products."

"Few fields can provide students with as much opportunity as computer science can today," said CSTA Executive Director Dr. Mark R. Nelson. "These students are developing exciting and original solutions to the world's biggest problems using computer science. The Cutler-Bell Prize demonstrates the possibilities if every student had access to a quality computer science education."

Up to four recipients will be selected annually and each will be awarded a $10,000 prize which will be administered through the financial aid department at the university the student will attend.

Eligible applicants for the award will include graduating high school seniors residing and attending school in the US. Challenges for the award will focus on developing an artifact that engages modern computing technology and computer science. Judges will look for submissions that demonstrate ingenuity, complexity, relevancy, originality, and a desire to further computer science as a discipline. 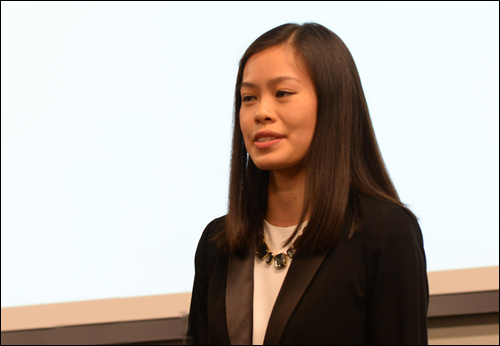 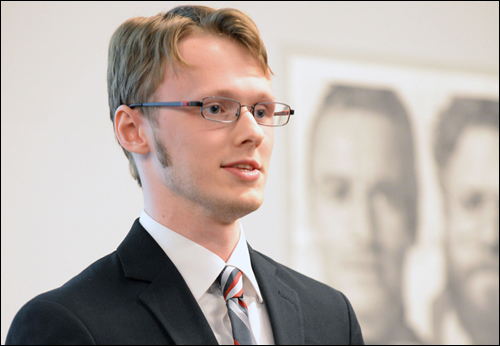 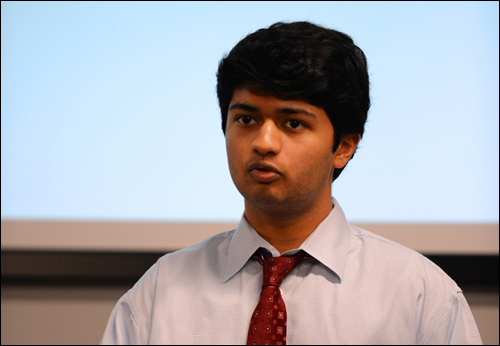 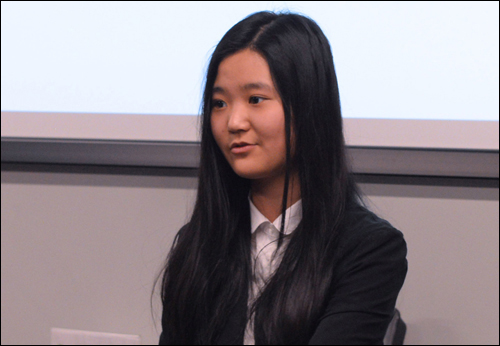