Endowed in memory of George Michael, one of the founders of the SC Conference series, the ACM IEEE-CS George Michael Memorial Fellowships honor exceptional PhD students throughout the world whose research focus areas are in high performance computing, networking, storage, and large-scale data analysis. ACM, the IEEE Computer Society, and the SC Conference support this award.

Fellowship recipients are selected each year based on overall potential for research excellence, the degree to which technical interests align with those of the HPC community, academic progress to date, recommendations by their advisor and others, and a demonstration of current and anticipated use of HPC resources. The Fellowship includes a $5,000 honorarium, plus travel and registration to receive the award at the annual SC conference.

Mert Hidayetoglu of the University of Illinois at Urbana-Champaign and Tirthak Patel of Northeastern University are the recipients of the 2021 ACM-IEEE CS George Michael Memorial HPC Fellowships. Hidayetoglu is recognized for contributions in scalable sparse applications using fast algorithms and hierarchical communication on supercomputers with multi-GPU nodes. Patel is recognized for contributions toward making the current error-prone quantum computing systems more usable and helping HPC programmers solve computationally challenging problems.

Mert Hidayetoglu
Sparse operations are the main computational workload for numerous scientific, AI and graph analytics applications. Most of the time, the costs of computation and communication for distributed sparse operations constitute an overall performance bottleneck.

Patel, advised by Devesh Tiwari at Northeastern University, is designing cross-layer system software for extracting meaningful output from erroneous executions on quantum computers. In particular, he first led the effort to benchmark and characterize the performance of different quantum algorithms on IBM quantum computers. Patel leveraged insights gained from this measurement-based experimental effort to inform the design of his novel tools and methods, including VERITAS, QRAFT, UREQA, and DisQ.

For example, his technique VERITAS demonstrates how carefully-designed statistical methods can mitigate errors post-program execution and help programmers deduce the correct program output effectively. Patel's other solution, QRAFT, leverages the reversibility property of quantum operations to deduce the correct program output, even when the program is executed on qubits with relatively high error rates. Both approaches relieve programmers and compilers from the burden of selecting the qubits with the least error rate, a significant departure from existing approaches in this area. Patel's work lowers the barrier to entry into quantum computing for HPC programmers by open-sourcing multiple novel datasets and system software frameworks.

Mert Hidayetoglu of the University of Illinois at Urbana-Champaign and Tirthak Patel of Northeastern University are the recipients of the 2021 ACM-IEEE CS George Michael Memorial HPC Fellowships. The Fellowships will be formally presented at SC21 in November. 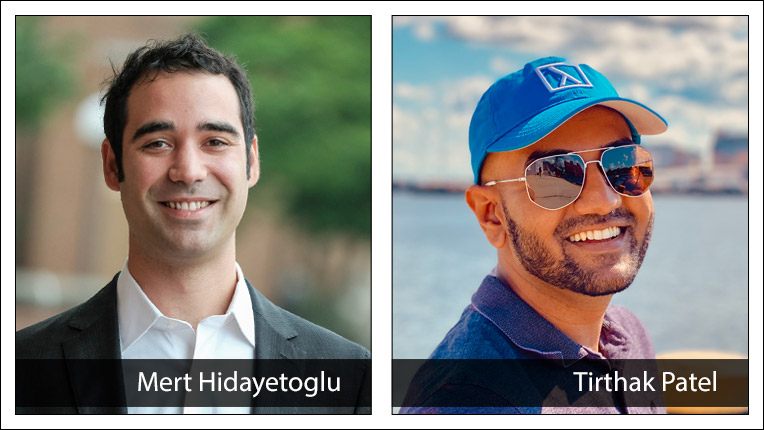