ACM Recognizes Visionaries Who Changed the World through Technology

ACM honored the dedication, talent and achievements of four luminaries of the international computing community. The award recipients made contributions in areas including computer science education, technology in the developing world, preserving and sharing computing history, and supporting women in the computing field.

The 2016 Award Recipients include:

Owen Astrachan, recipient of the Karl V. Karlstrom Outstanding Educator Award for three decades of innovative computer science pedagogy and inspirational community leadership in broadening the appeal of high school and college introductory computer science courses. Astrachan, a Professor at Duke University, is known as “Mr. AP” because of the central role he has played in the Advanced Placement Computer Science exam taken by high school students. From 1985 to 1989, he served on the committee that writes the AP CS exam, and from 1989 to 1994 he was the Chief Reader, the person in charge of grading the exam. Over his three decades of involvement, Astrachan also played a critical role as the exam’s language changed from Pascal to C++, and later to Java, the language it is given in today.

His broad knowledge of the field, and the respect he garnered within the computer science education community, made him a natural candidate to be the Principal Investigator (project lead), in a 10-year National Science Foundation-funded effort to develop an AP CS Principles course and exam. An important goal of the AP CS Principles exam is to encourage participation in computer science by traditionally underrepresented student communities. The first AP CS Principles courses were offered in the fall of 2016 and the first exam was administered on May 5, 2017 to over 50,000 students—the largest first-year AP exam administration ever.

Astrachan has also made important contributions in several other areas of computer science pedagogy at the K-12/pre-college and college level. Many regard Tapestry, his introductory textbook for C++, as one of the best in the field. His extensive publications and talks on subjects ranging from object-oriented programming to software engineering instruction have also been highly influential. His role in advancing understanding computer science at every level has been strongly influenced by the community of students, teachers, and educators from whom he has learned and with whom he has shared so much.

Ken Banks, recipient of the Eugene L. Lawler Award for developing FrontlineSMS, using mobile technology and text messaging to empower people to share information, organize aid, and reconnect communities during crises. A self-described “mobile anthropologist,” Banks has a gift for building technology that benefits humanity. As someone who was writing code and tinkering with computers since he was 13, Banks instinctively saw an opportunity to harness the world’s most-used communication platform—mobile messaging—to help people in the developing world. In 2005, he designed, coded and launched FrontlineSMS, a mobile messaging platform that allows people to subscribe to groups, receive alerts, and establish communication hubs. FrontlineSMS played an important role in the 2007 Nigerian presidential election, where it was used to monitor, identify and curtail violence and harassment at polling places. Because of FrontlineSMS’s built-in flexibility, it quickly became a standard platform deployed in 170 countries by countless organizations. It has been used to help family farmers in Laos, train rural medics in Ecuador, double the amount of patients receiving tuberculosis care in Malawi, and monitor disease outbreaks across Africa.

Banks continues his work as an Entrepreneur-in-Residence at CARE International. To achieve CARE’s goal of raising more people above the $2 per day extreme poverty level, Banks is leading the development of a new mobile phone application for Village Savings and Loan Associations. Along with his colleagues at CARE, he is also investigating how technology might be used to advance gender equality in Rwanda. His two books The Rise of the Reluctant Innovator and Social Entrepreneurship and Innovation recount his experiences—and those of other global social innovators—and serve as guides for those who are inspired to leverage technology for positive social change.

The Eugene L. Lawler Award for Humanitarian Contributions within Computer Science and Informatics recognizes an individual or group who has made a significant contribution through the use of computing technology. It is given once every two years, assuming that there are worthy recipients. The award is accompanied by a prize of $5,000.

Leonard Jay Shustek, recipient of the ACM Distinguished Service Award for the establishment and success of the Computer History Museum, the world’s leading institution in exploring the history of computing and its impact on society. Shustek has helped bring to the world the story of how the greatest innovation of our time has come to be. In 1995, after retiring from the network diagnostic company he co-founded, Shustek began teaching computer architecture at Stanford University. He soon realized that students were as interested in computer history as they were in computer architecture. Instead of returning to Stanford, he began a quest that would ultimately lead him to acquire a group of artifacts from The Computer Museum in Boston, with an eye toward forming a new computer history museum in the heart of Silicon Valley.

Today, thanks to the leadership, vision and tenacity of Shustek, the Computer History Museum (CHM) is acknowledged as the world’s most important museum chronicling the rise of computing and its impact on society. With a staff of 75 serving 200,000 visitors each year, CHM has realized Shustek’s founding goal of an organization that would be “built to last.” CHM is housed in a complex comprised of a 119,000-square-foot building for exhibits and hands-on labs; a 25,000-square-foot climate-controlled warehouse for papers and artifacts; and a new 50,000-square-foot research center for scholars and archival work. Throughout the museum’s growth and development, Shustek has engaged in a range of activities, from leading the museum in raising $125 million to tracking down vintage code related to operating systems no longer in use.

For the general public, signature exhibitions like “Revolution” translate the history of computing into an experience that the average person can not only appreciate, but enjoy. For the computing field, CHM’s role as the world’s major repository of artifacts and historic preservation allows innovators to access the past, in order to move into the future.

Valerie Barr, recipient of the Outstanding Contribution to ACM Award for reinventing ACM-W, increasing its effectiveness in supporting women in computing worldwide and encouraging participation in ACM. Barr, a Professor at Union College, has been uniquely effective in turning good ideas about how to increase the participation of women in computing into tangible programs that yield measurable results. When she first joined the Association for Computing Machinery’s Council on Women in Computing (ACM-W) in 2005, she launched a scholarship program. Barr and others believed that if more young women could attend major computer research conferences, they would be encouraged to continue in the field. Since its inception in 2006, the program has expanded the horizons of numerous young women internationally and has continued to grow. Because of Barr’s adeptness at conveying her vision to funders , the program is 100% supported by industry contributions. Last year, the ACM-W Scholarship Program distributed $40,000 over 40 awards.

ACM-W’s dedicated and hard-working volunteers share a central goal of bringing women together for mentoring, networking, and other career-enhancing activities. Since becoming the Chair of ACM-W in 2012, Barr has been a driving force in more than tripling the number of ACM-W chapters around the world, from 50 to 180 today. One strategy that led to this growth was the introduction of special networking events in which colleges and universities with ACM-W chapters would invite students from neighboring colleges and encourage them to establish ACM-W chapters on their own campuses. ACM-W Councils in Europe and India oversee activities in their respective regions. Another notable area of growth during Barr’s tenure as Chair has been a significant increase in ACM-W Celebrations, small conferences in which women from specific geographic regions come together for career fairs, industry panels and technical presentations. Celebrations events have expanded to Cuba and the Philippines, and one event is tailored specifically for community college students. Last year, 25 ACM-W Celebrations took place around the world.

ACM-W members especially look forward to Connections, a monthly newsletter Barr instituted that is sent to 36,000 people each month and is considered a “must read.” 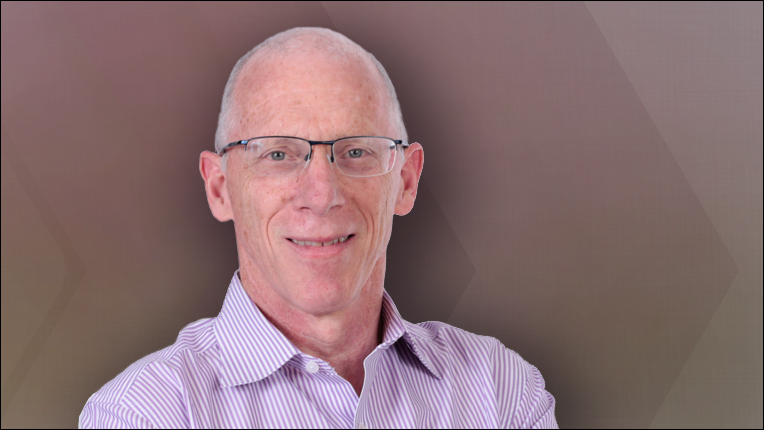 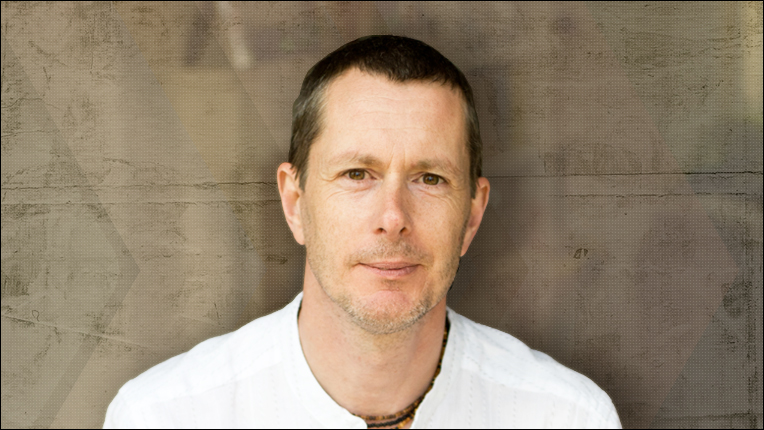 Leonard Jay Shustek has been named recipient of the 2016 ACM Distinguished Service Award for the establishment and success of the Computer History Museum, the world’s leading institution in exploring the history of computing and its impact on society. Shustek has helped bring to the world the story of how the greatest innovation of our time has come to be. 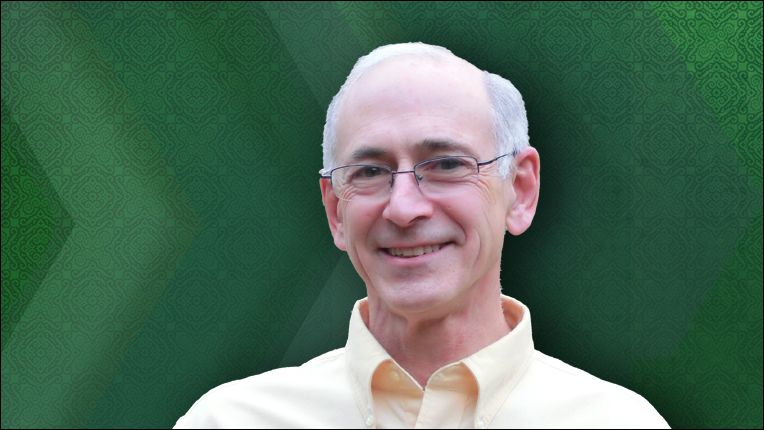 Valerie Barr has received the 2016 Outstanding Contribution to ACM Award for reinventing ACM-W, increasing its effectiveness in supporting women in computing worldwide and encouraging participation in ACM.  Since becoming Chair of ACM-W in 2012, Barr has been a driving force in more than tripling the number of ACM-W chapters around the world. 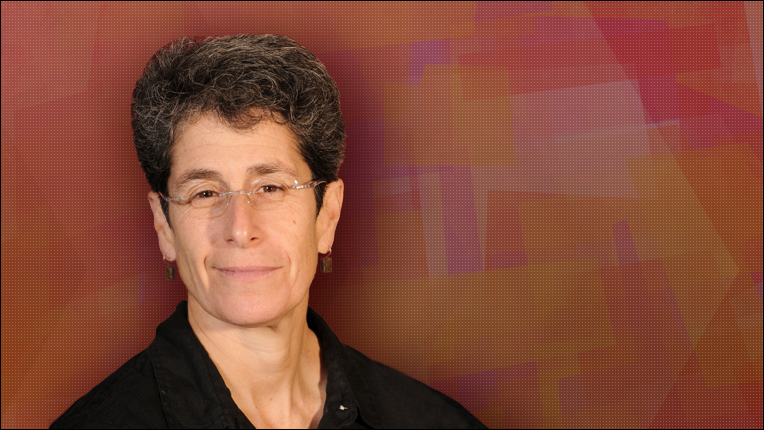