ACM named Lydia E. Kavraki of Rice University as the 2017-2018 Athena Lecturer. Kavraki was cited for the invention of randomized motion-planning algorithms in robotics and the development of robotics-inspired methods for bioinformatics and biomedicine. Kavraki is an internationally recognized leader in developing physical algorithms, an area that addresses the computational challenges of objects moving in space while subject to physical constraints. She has made significant contributions in an impressively wide range of areas, from how a robot might move through a course of obstacles, to how a drug molecule might change its shape to interact with a target protein, to her current work with planning the motions of Robonaut 2, NASA’s robotic assistant at the International Space Station.

Initiated in 2006 by the ACM Council on Women in Computing (ACM-W), the Athena Lecturer Award celebrates women researchers who have made fundamental contributions to computer science. The award carries a cash prize of $25,000, with financial support provided by Google. The Athena Lecturer is invited to present a lecture at an ACM event. The award is named after Athena, the Greek goddess of wisdom. With her knowledge and sense of purpose, Athena epitomizes the strength, determination, and intelligence of the "Athena Lecturers."

“Planning the motion of objects in a three-dimensional space has been a central challenge in the robotics field for a long time,” said ACM President Vicki L. Hanson. “Lydia Kavraki’s Probabilistic Roadmap Method has had a tremendous impact. It is now widely used in robotics applications in industry and is a foundational idea for numerous researchers in the field. She was then able to transfer the insights she discovered in robotics to bioinformatics and biomedicine, where she has also made important advances. Although Kavraki is being recognized with the Athena Lecturer Award for her research contributions, she has also been a generous mentor and strong role model for younger colleagues, especially women. In this way, her career exemplifies the award’s overarching goal of celebrating and supporting women in computing.”

Kavraki’s 1996 doctoral dissertation proposed the Probabilistic Roadmap Method (PRM), a technique to plan the motion of robots, which had been an enduring challenge in the field. The Probabilistic Roadmap Method was immediately hailed for its simple implementation and its ability to scale (that is, return reliable results when applied to increasingly large datasets). PRM and the subsequent advances on the original approach are now included as a fundamental tenet of motion planning in most robotics textbooks. Additionally, to aid in the dissemination of her research, Kavraki spearheaded an open source Open Motion Planning Library. The library has been used in more than 30 different robotics systems, and continues to receive new contributions from around the world.

Kavraki was also the first to recognize that the motion-planning techniques she was developing in robotics could be applied to great effect in biology and medicine. She wrote new algorithms for the analysis of the motion, shape and flexibility of molecules that had a major impact on computational biology, as well as many subareas, including drug discovery and design. Recently, she has been developing structural methods to identify cross-reactivity hot spots in T-cells. The project has the potential to introduce safer immunotherapy treatments for cancer patients.

In another exciting project that takes her research to new heights, Kavraki has been working with NASA on Robonaut 2 (R2), a humanoid robot with formidable mechanical capability and capacity to work in human-occupied environments. It is anticipated that R2s will help humans in spaceship inspection and maintenance, caretaking tasks in future long missions, and space exploration. The variety of ways in which the robot will need to move, as well as NASA’s hopes that R2 will perform dexterous manipulation—that is, complete delicate tasks with its hands—will require leading-edge motion-planning technology. R2 was expected to be deployed at the International Space Station later in 2017. 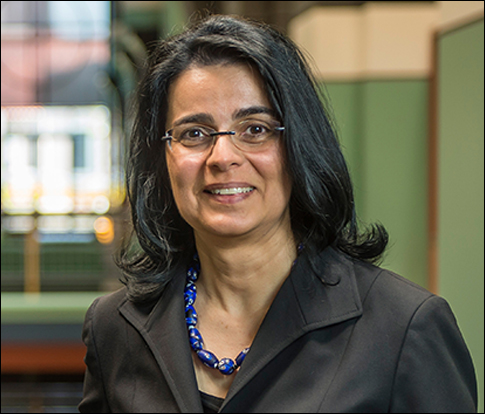 Her numerous honors include receiving the ACM Grace Murray Hopper Award, the Anita Borg ABIE Technical Leadership Award, and the Rice University Presidential Mentorship Award. She has also been selected as one of the World’s Top 100 Innovators by MIT Technology Review, and 10 Brilliant Scientists by Popular Science magazine. She is a Fellow of ACM and the Institute of Electrical and Electronics Engineers (IEEE), and a member of the National Academy of Medicine (NAM), among other organizations.