ACM President Vicki L. Hanson honored three individuals with ACM Presidential Awards. They were recognized for their time and talents in service to ACM.

“We are very proud of the work the Association for Computing Machinery does in so many areas,” said Hanson. “The ACM Presidential Award is a way to honor those who have gone above and beyond to create a dynamic professional environment in which we all have been able to grow in our careers. This year’s Presidential Award recipients, Don Gotterbarn, Andrew McGettrick and Fabrizio Gagliardi, have served ACM for decades and their contributions have been highly consequential.”

The 2018 Presidential Award Recipients include:

Donald Gotterbarn, recognized for 25 years of outstanding service as chief architect of ACM’s Code of Professional Ethics, a living document adopted by the computing community worldwide as the blueprint for professional conduct in the field. Gotterbarn has helped to define what it means, ethically, to be a computing professional. He was a forerunner in recognizing the critical importance of professional ethics and has worked tirelessly—as both an educator and a practitioner—to advance this message to a global audience by developing a computer ethics curriculum, leading workshops, and serving as Chair of ACM’s Committee on Professional Ethics. Throughout the creation of the original code, and now the Code 2018 revision that will be released this summer, Gotterbarn has insisted on engaging the computing community, seeking guidance and feedback in the code’s design and direction, and always appreciating that the cause—and the code—is only as strong as its supporters.

Gotterbarn is a Professor Emeritus at East Tennessee State University and a founder of the Software Engineering Ethics Research Institute. He received a Master’s of Divinity from the Colgate Rochester Divinity School, as well as an MA and PhD in Philosophy from the University of Rochester. His honors include receiving the ACM Special Interest Group for Computers and Society (SIGCAS) Making a Difference Award and the International Society for Ethics and Information Technology (INSEIT) Weizenbaum Award.

Andrew McGettrick, honored for his unwavering commitment to computer science education—particularly in terms of its quality, breadth, and access—for generations of students worldwide. McGettrick served as chair of ACM’s Education Board and Education Council for over 15 years, leaving an indelible imprint as a passionate advocate for equipping computer science students with the knowledge, skills, and tools to succeed in the field. During his tenure, he steered the development of key curricula in computer science and software engineering. In recent years, he has played an instrumental role in championing European educational efforts and professional societies, through his work with ACM’s Europe Council and Informatics Europe. McGettrick was one of the leading forces behind the Informatics for All initiative, an acclaimed report that explores strategies for Informatics education in Europe at all levels.

Fabrizio Gagliardi, in recognition of his selfless dedication to ACM, ensuring the organization’s activities, services, and influence extend throughout the European continent. He is honored for his tireless efforts as the spirit behind ACM’s public policy arm in Europe—EUACM—having served as its Chair since 2013. Gagliardi is a practical visionary, who realized that if ACM is to inform technology policy in Europe it must have a formidable and local presence. The work of EUACM under Gagliardi’s leadership has made a lasting impression in short order, forging dialogues about computing with members of the European Commission as well as spearheading public policy statements on cybersecurity,  artificial intelligence (AI), and CS education. He was a guiding force behind two recent panels featuring ACM and EU Commission representatives.

Gagliardi is Distinguished Research Director at Polytechnic University of Barcelona (Spain), Senior Strategy Advisor at the Barcelona Supercomputing Center, and Chair of EUACM, ACM’s European policy committee. He earned his PhD in Computer Science from the University of Pisa. Earlier in his career, he was Europe, Middle East and Africa Director for External Research at Microsoft Research Corporation. He joined Microsoft in November 2005 after a long career at CERN, the world’s leading laboratory for particle physics in Geneva, Switzerland. Gagliardi is author and co-author of several publications and articles on real-time and distributed computing systems.

ACM President Vicki L. Hanson has recognized three individuals for their time and talents in service to ACM with the ACM Presidential Award: Donald Gotterbarn for his role as chief architect of ACM’s Code of Professional Ethics; Andrew McGettrick for his commitment to computer science education; and Fabrizio Gagliardi for ensuring the organization’s activities, services, and influence extend throughout Europe. 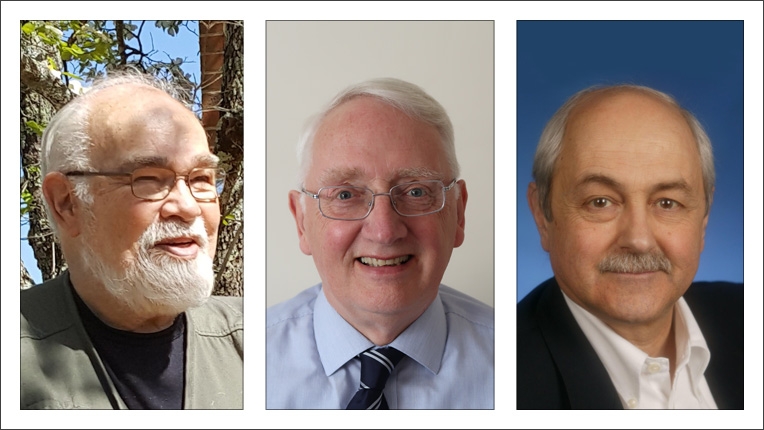