ACM named Mendel Rosenblum of Stanford University the recipient of the inaugural ACM Charles P. “Chuck” Thacker Breakthrough in Computing Award. Rosenblum is recognized for reinventing the virtual machine for the modern era and thereby revolutionizing datacenters and enabling modern cloud computing. In the late 1990s, Rosenblum and his students at Stanford University brought virtual machines back to life by using them to solve challenging technical problems in building system software for scalable multiprocessors. In 1998, Rosenblum and colleagues founded VMware. VMware popularized the use of virtual machines as a means of supporting many disparate software environments to share processor resources within a datacenter. This approach ultimately led to the development of modern cloud computing services such as Amazon Web Services, Microsoft Azure, and Google Cloud.

The ACM Charles P. “Chuck” Thacker Breakthrough in Computing Award recognizes individuals or groups who have made surprising, disruptive, or leapfrog contributions to computing ideas or technologies. Recipients of the award are expected to give the ACM Breakthrough Lecture at a major ACM conference. The award is accompanied by a $100,000 cash prize, with financial support provided by Microsoft.

“The new paradigm of cloud computing, in which computing services are delivered over the internet, has been one of the most important developments in the computing industry over the past 20 years,” said ACM President Cherri M. Pancake. “Cloud computing has vastly improved the efficiency of systems, reduced costs, and been essential to the operations of businesses at all levels. However, cloud computing, as we know it today, would not be possible without Rosenblum’s reinvention of virtual machines. His leadership, both through his early research at Stanford and his founding of VMware, has been indispensable to the rise of datacenters and the preeminence of the cloud.”

As the name suggests, virtual machines are systems comprised of software, hardware, or a combination of the two, that enable one computer to behave like another. IBM and others developed the idea of virtualization in the 1960s to enable timesharing. However, as new methods of timesharing were developed and the price of hardware dropped, virtual machines fell out of favor. By the late 1980s, virtualization was considered an irrelevant and obsolete idea.

In the late 1990s, Rosenblum and his students at Stanford University revisited the idea of virtual machines to develop system software for FLASH, an experimental large-scale multiprocessor. They recognized that existing operating systems could not support large numbers of processors, and modifying one to work efficiently on FLASH would have been very difficult. Instead, they decided to use virtual machines to run multiple operating system instances on FLASH, each with only a few virtual processors.

The success of his work on FLASH prompted Rosenblum to found the company VMware in 1998 with Diane Greene, Edouard Bugnion, Scott Devine, and Ellen Wang. VMware popularized the use of virtual machines as a means of allowing any disparate software environments to share processor resources within a datacenter. Today, every commercial cloud environment, including major providers such as Amazon Web Services, Microsoft Azure, and Google Cloud, is based on virtualization concepts developed by Rosenblum and his colleagues.

“We’re excited to see the contributions of Mendel Rosenblum recognized with the inaugural ACM Charles P. Thacker Breakthrough Award,” said Eric Horvitz, Technical Fellow and Director of Microsoft Research. “The award was envisioned to honor the intellect and vision of Chuck Thacker, who was known for upending conventional thinking and introducing breakthrough innovations that changed the trajectory of computing. Mendel Rosenblum is a fabulous choice to receive the inaugural Thacker Award. Rosenblum sought to address a daunting new challenge by reimagining virtualization, an approach that many had bypassed. Virtual machines are essential to the way cloud computing functions, and it is hard to overstate the importance of cloud computing for the computing field as well as for industry more generally.”

Rosenblum will formally receive the award at ACM’s annual Awards Banquet on June 15, 2019 in San Francisco.

The ACM Breakthrough Award celebrates Thacker's pioneering contributions in computing and his long-term inspirational mentorship of generations of computer scientists. The award recognizes individuals or groups with the same out-of-the-box thinking and “can-do” approach to solving the unsolved that Thacker exhibited. The award is accompanied by a prize of $100,000 and is presented at the annual ACM Awards Banquet. Recipients are expected to give the ACM Breakthrough Lecture at a major ACM conference of their choosing during the year following the announcement. Financial support of the ACM Breakthrough Award is provided by Microsoft. 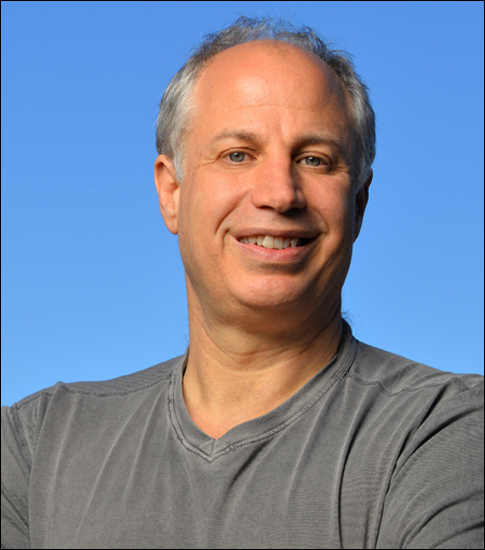 Mendel Rosenblum is the DRC Professor in the School of Engineering and Professor of Electrical Engineering at Stanford University. In 1998, he co-founded VMware, a private company that developed many of the core technologies that underpin cloud computing today. As a subsidiary of Dell Technologies, VMware remains a leader in cloud computing and platform virtualization software and services, employing more than 21,000 people.

A graduate of the University of Virginia, Rosenblum earned his Master’s and doctoral degrees in Computer Science from the University of California, Berkeley. Rosenblum is a Fellow of ACM, and his numerous honors include receiving the ACM Software System Award for VMware Workstation 1.0; the ACM/SIGOPS Mark Weiser Award for innovation in operating system research; the IEEE Reynolds B. Johnson Information Storage Award (with John Ousterhout); and the ACM Doctoral Dissertation Award for his dissertation “The Design and Implementation of a Log-Structured File System.” Rosenblum is a member of the National Academy of Engineering and the American Academy of Arts and Sciences.