ACM named Patrick M. (Pat) Hanrahan and Edwin E. (Ed) Catmull recipients of the 2019 ACM A.M. Turing Award for fundamental contributions to 3-D computer graphics, and the revolutionary impact of these techniques on computer-generated imagery (CGI) in filmmaking and other applications. Catmull is a computer scientist and former president of Pixar and Disney Animation Studios. Hanrahan, a founding employee at Pixar, is a professor in the Computer Graphics Laboratory at Stanford University.

Ed Catmull and Pat Hanrahan have fundamentally influenced the field of computer graphics through conceptual innovation and contributions to both software and hardware. Their work has had a revolutionary impact on filmmaking, leading to a new genre of entirely computer-animated feature films beginning 25 years ago with Toy Story and continuing to the present day.

The ACM A.M. Turing Award, often referred to as the “Nobel Prize of Computing,” carries a $1 million prize, with financial support provided by Google, Inc. It is named for Alan M. Turing, the British mathematician who articulated the mathematical foundation and limits of computing.

“CGI has transformed the way films are made and experienced, while also profoundly impacting the broader entertainment industry,” said ACM President Cherri M. Pancake. “We are especially excited to recognize Pat Hanrahan and Ed Catmull, because computer graphics is one of the largest and most dynamic communities within ACM, as evidenced by the annual ACM SIGGRAPH conference. At the same time, Catmull and Hanrahan’s contributions demonstrate that advances in one specialization of computing can have a significant influence on other areas of the field. For example, Hanrahan’s work with shading languages for GPUs, has led to their use as general-purpose computing engines for a wide range of areas, including my own specialization of high-performance computing.”

“Because 3-D computer graphic imagery is now so pervasive, we often forget what the field was like just a short time ago when a video game like Pong, which consisted of a white dot bouncing between two vertical white lines, was the leading-edge technology,” said Jeff Dean, Google Senior Fellow and SVP, Google AI. “The technology keeps moving forward, yet what Hanrahan and Catmull developed decades ago remains standard practice in the field today—that’s quite impressive. It’s important to recognize scientific contributions in CGI technology and educate the public about a discipline that will impact many areas in the coming years—virtual and augmented reality, data visualization, education, medical imaging, and more.”

Catmull received his PhD in Computer Science from the University of Utah in 1974. His advisors included Ivan Sutherland, a father of computer graphics and the 1988 ACM A.M. Turing Award recipient. In his PhD thesis, Catmull introduced the groundbreaking techniques for displaying curved patches instead of polygons, out of which arose two new techniques: Z-buffering (also described by Wolfgang Strasser at the time), which manages image depth coordinates in computer graphics, and texture mapping, in which a 2-D surface texture is wrapped around a three-dimensional object. While at Utah, Catmull also created a new method of representing a smooth surface via the specification of a coarser polygon mesh. After graduating, he collaborated with Jim Clark, who would later found Silicon Graphics and Netscape, on the Catmull-Clark Subdivision Surface, which is now the preeminent surface patch used in animation and special effects in movies. Catmull’s techniques have played an important role in developing photo-real graphics, and eliminating “jaggies,” the rough edges around shapes that were a hallmark of primitive computer graphics.

After the University of Utah, Catmull founded the New York Institute of Technology (NYIT) Computer Graphics Lab, one of the earliest dedicated computer graphics labs in the US. Even at that time, Catmull dreamed of making a computer-animated movie. He came a step closer to his goal in 1979, when George Lucas hired Catmull, who in turn hired many who made the advances that pushed graphics toward photorealistic images. At LucasFilm, Catmull and colleagues continued to develop innovations in 3-D computer graphic animation, in an industry that was still dominated by traditional 2-D techniques. In 1986, Steve Jobs bought LucasFilm’s Computer Animation Division and renamed it Pixar, with Catmull as its President.

One of Catmull’s first hires at Pixar was Pat Hanrahan. Hanrahan had received a PhD in BioPhysics from the University of Wisconsin-Madison in 1985 and had worked briefly at NYIT’s Computer Graphics Laboratory before joining Pixar.

Working with Catmull and other members of the Pixar team, Hanrahan was the lead architect of a new kind of graphics system, which allowed curved shapes to be rendered with realistic material properties and lighting. A key idea in this system, later named RenderMan, was shaders (used to shade CGI images). RenderMan’s functions separated the light reflection behavior from the geometric shapes, and computed the color, transparency, and texture at points on the shapes. The RenderMan system also incorporated the Z-buffering and subdivision surface innovations that Catmull had earlier contributed to the field.

During his time at Pixar, Hanrahan also developed techniques for volume rendering, which allows a CGI artist to render a 2-D projection of a 3-D data set, such as a puff of smoke. In one of his most cited papers, Hanrahan, with co-author Marc Levoy, introduced light field rendering, a method for giving the viewer the sense that they are flying through scenes by generating new views from arbitrary points without depth information or feature matching. Hanrahan went on to develop techniques for portraying skin and hair using subsurface scattering, and for rendering complex lighting effects—so-called global illumination or GI—using Monte Carlo ray tracing.

Hanrahan published his RenderMan research in a seminal 1990 paper that was presented at ACM SIGGRAPH. It would take five more years, however, for the computing hardware to develop to a point where the full-length 3-D computer animated movie Toy Story could be produced using Hanrahan’s RenderMan system.

Under Catmull’s leadership, Pixar would make a succession of successful films using RenderMan. Pixar also licensed RenderMan to other film companies. The software has been used in 44 of the last 47 films nominated for an Academy Award in the Visual Effects category, including Avatar, Titanic, Beauty and the Beast, The Lord of the Rings trilogy, and the Star Wars prequels, among others. RenderMan remains the standard workflow for CGI visual effects.

After he left Pixar in 1989, Hanrahan held academic posts at Princeton and Stanford universities. Beginning in the 1990s, he and his students extended the RenderMan shading language to work in real time on powerful GPUs that began to enter into the marketplace. The programming languages for GPUs that Hanrahan and his students developed led to the development of commercial versions (including the OpenGL shading language) that revolutionized the writing of video games.

The prevalence and variety of shading languages that were being used on GPUs ultimately required the GPU hardware designers to develop more flexible architectures. These architectures, in turn, allowed the GPUs to be used in a variety of computing contexts, including running algorithms for high performance computing applications, and training machine learning algorithms on massive datasets for artificial intelligence applications. In particular, Hanrahan and his students developed Brook, a language for GPUs that eventually led to NVIDIA’s CUDA.

Catmull remained at Pixar, which later became a subsidiary of Disney Animation Studios, for over 30 years. Under his leadership, dozens of researchers at these labs invented and published foundational technologies (including image compositing, motion blur, cloth simulation, etc.) that contributed to computer animated films and computer graphics more broadly. Both Hanrahan and Catmull have received awards from ACM SIGGRAPH, as well as the Academy of Motion Picture Arts & Sciences for their technical contributions. 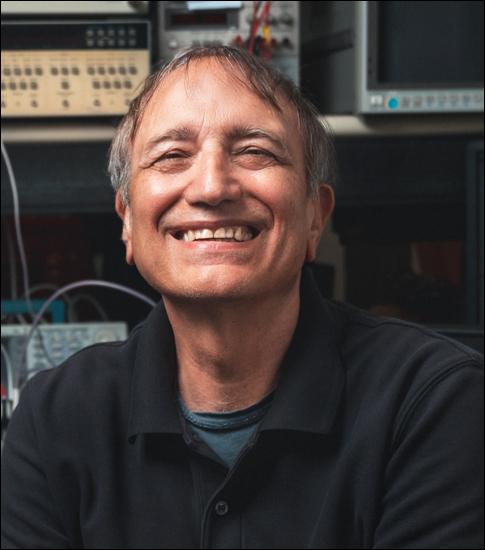 Patrick M. Hanrahan is the CANON Professor of Computer Science and Electrical Engineering in the Computer Graphics Laboratory at Stanford University. He received a Bachelor of Science degree in Nuclear Engineering (1977) and a PhD in Biophysics (1985) from the University of Wisconsin-Madison. He held positions at the New York Institute of Technology and Digital Equipment Corporation in the 1980s before serving as a Senior Scientist at Pixar (1986-1989). He later served as an Associate Professor at Princeton University (1991-1994) and Professor at Stanford University (1994-present), where he has advised more than 40 PhD students. Hanrahan co-founded Tableau Software, a data analytics company that was acquired by Salesforce in August 2019.

Hanrahan’s many honors include the 2003 ACM SIGGRAPH Steven A. Coons Award for Outstanding Creative Contributions to Computer Graphics. He is a Fellow of ACM and of the American Academy of Arts & Sciences. He is a member of the National Academy of Engineering, in addition to induction into many other prestigious organizations. 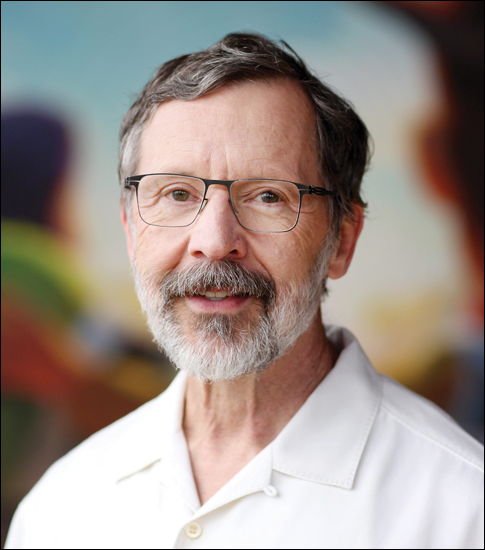 Edwin E. Catmull is co-founder of Pixar Animation Studios and a former President of Pixar and Walt Disney Animation Studios. He earned Bachelor of Science degrees in Physics and Computer Science (1970) and a PhD in Computer Science (1974) from the University of Utah. During his career, Catmull was Vice President of the Computer Division of Lucasfilm Ltd., where he managed development in areas of computer graphics, video editing, video games and digital audio. He founded the Computer Graphics Lab at the New York Institute of Technology.

Catmull received the 1993 ACM SIGGRAPH Steven A. Coons Award for Outstanding Creative Contributions to Computer Graphics, and the 2006 IEEE John von Neumann Medal for fundamental contributions to computer graphics and a pioneering use of computer animation in motion pictures. He is a Fellow of ACM and of the Visual Effect Society. He is a member of the Academy of Motion Picture Arts & Sciences and of the National Academy of Engineering.

Working with Ed Catmull and other members of Pixar, Pat Hanrahan was the lead architect of a new kind of graphics system, which was later named RenderMan. In 1995, RenderMan was used to make Toy Story, the first full-length 3-D computer animated film. Hanrahan presented the seminal paper “A Language for Shading and Lighting Calculations,” co-authored with Jim Lawson, at ACM SIGGRAPH in 1990, which lays out the theoretical foundation for RenderMan. “Light Field Rendering,” another groundbreaking paper by Hanrahan and Marc Levoy, introduces a method for giving viewers the sense that they are flying through scenes. 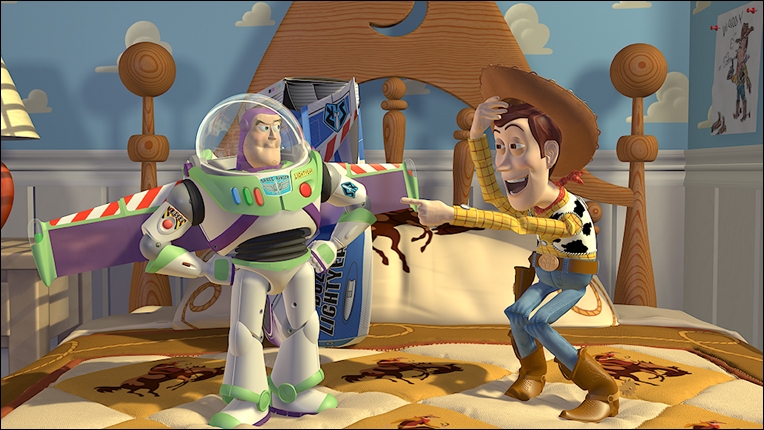