Judy Brewer receives the ACM Policy Award for her leadership of the Web Accessibility Initiative and development of multiple web accessibility standards, which have been adopted globally and improved accessibility for millions worldwide.

Brewer leads the development of standards and strategies for inclusive web design, providing web developers with tools necessary to bring the power and the promise of the World Wide Web to millions of people who otherwise might have been excluded from this vital component of modern life. She is based at the Massachusetts Institute of Technology, where she is a Principal Research Scientist in the Computer Science and Artificial Intelligence Laboratory.

In the late 1990s, although web design was flourishing, accessibility was not. Millions of new users uploaded image maps, frames, and other features that proved problematic at best and prohibitive at worst for users with auditory, cognitive, motor, neurological, physical, speech and visual disabilities. Under Brewer’s direction, WAI develops the Web Content Accessibility Guidelines (WCAG), which provide developers with a set of criteria to judge the accessibility of the sites they are building. WCAG also inspired the development of numerous evaluation tools capable of reviewing web pages to identify potential barriers such as non-navigable menu structures and images without alternative textual descriptions. The WCAG specifications and these tools provide a baseline for accessible web design, and for accessibility of web-based technologies such as real-time communications and virtual reality.

Under Brewer’s leadership, WAI has also worked extensively with government agencies, industry, and disability organizations, leading to the adoption of WCAG as an international standard (ISO/IEC 40500:2012), and the alignment of WCAG with Section 508 of the Rehabilitation Act in the US and European Mandate 376 requiring accessible technology procurement and development in all EU countries. The WCAG standards have been translated into twenty-three languages and have been adopted by dozens of countries. Nearly every government around the world that has requirements for digital accessibility cites WCAG. WAI has led the evolution of the web from its early days of featuring expensive and unscalable alternative text-only designs to a modern reality of highly accessible layouts designed to seamlessly work on both desktops and smartphones.

Brewer has led these efforts for more than 20 years, participating on numerous committees of the US Access Board, the US National Council on Disability, the US Federal Communications Commission (FCC), the International Organization for Standardization (ISO)/International Electrotechnical Commission (IEC) standards bodies, industry groups, and many others. She has published widely on accessibility; testified before US Congress and government organizations in Korea, Denmark, China, and other countries; given numerous international keynote presentations; and has been honored by numerous groups concerned with accessibility.

Rotenberg is founder and President of the Center for AI and Digital Policy. Previously he was President and Executive Director of the Electronic Privacy Information Center (EPIC), a public interest research center he co-founded in 1994. Early in his career, he launched the Public Interest Computer Association, the first organization in the US to help nonprofits use microcomputers. Rotenberg then helped draft key US privacy and computer security laws as counsel to the Senate Judiciary Committee. He was director of the Computer Professionals for Social Responsibility (CPSR) DC office.

He was also the first ACM Director of Public Policy, and a Chair of the ACM Committee on Scientific Freedom and Human Rights. In 2020 he joined the Michael Dukakis Institute for Leadership and Innovation to launch the Center on Artificial Intelligence and Digital Policy. In late 2020, and in collaboration with others, he edited and published Artificial Intelligence and Democratic Values: The AI Social Index 2020.

A leading advocate for privacy and data protection, Rotenberg has testified before the US Congress and European Parliament more than 60 times and has filed over 150 Freedom of Information lawsuits and amicus briefs in pursuit of greater government transparency and corporate accountability. He also edited and published such landmark reports as Privacy and Human Rights: An International Survey of Privacy Laws and Developments and Cryptography and Liberty.

Rotenberg has mentored two generations of public interest attorneys through internships at EPIC, as an adjunct professor at Georgetown Law, and as the author of many textbooks and articles. He is also a leading voice for civil society at the Organisation for Economic Co-operation and Development (OECD), the United Nations Educational, Scientific and Cultural Organization (UNESCO), and elsewhere. He helped draft and gather support for several global declarations, including The Civil Society Seoul Declaration (2008), The Madrid Privacy Declaration (2009) and The Universal Guidelines for AI (2018).

Barbara Simons was named the recipient of the 2019 ACM Policy Award for long-standing, high-impact leadership as ACM President and founding Chair of ACM's US Public Policy Committee (USACM), while making influential contributions to improve the reliability of and public confidence in election technology. Over several decades, Simons has advanced technology policy by founding and leading organizations, authoring influential publications, and effecting change through lobbying and public education.

Twenty-six years ago, Barbara Simons founded USACM to address emerging public policy issues around technology, and led the committee for nine years. She worked to build ACM’s policy activities and pioneered bridging the technical expertise of computer scientists with the policymaking of the US government.

Simons recruited an interdisciplinary team for USACM, the forerunner of today’s US Technology Policy Committee (USTPC), ranging from computer scientists and industry leaders to lawyers and experts in public policy. Now part of ACM’s Technology Policy Council (TPC), which serves global regions, the TPC groups have continued Simons’ original vision for ACM: to provide cogent advice and analysis to legislators and policymakers about a wide range of issues including cryptography, computer security, privacy, and intellectual property.

Simons is internationally known as an expert on voting technology, an advocate for auditable paper-based voting systems, and author of numerous papers on secure election technology. Through her publications, reports, testimony to the US Congress, and advocacy, Simons has been a key player in persuading election officials to shift to paper-based voting systems, and has contributed to proposals for reforms in election technologies, including post-election ballot audits. Broken Ballots: Will Your Vote Count?, the 2012 book Simons co-authored with Douglas Jones, is regarded as the best available analysis of the risks of using computing technology in voting.

Simons served as ACM President from 1998 – 2000. In 2001, she served on President Clinton’s Export Council’s Subcommittee on Encryption and the National Workshop on Internet Voting, which conducted one of the first studies of internet voting.

Since 2008, Simons has served as one of two US Senate appointees to the Board of Advisors of the US Election Assistance Commission (EAC), and she was named Chair of the Board of Advisors subcommittee on election security in 2019. She currently also chairs the Board of Directors of Verified Voting, a nonpartisan nonprofit organization that advocates for legislation and regulation that promotes accuracy, transparency and verifiability of elections. She remains active with ACM as a member of the global Technology Policy Council and as Co-chair of USTPC‘s Voting subcommittee.

Simons is the only woman to have received the Distinguished Engineering Alumni Award from the College of Engineering of the University of California, Berkeley, where she earned her PhD in Computer Science. Taking a nontraditional path to her degree after returning to school as a single mother, she was a co-founder of the University of California Computer Science Department Reentry Program for Women and Minorities. She then worked as a computer scientist for IBM’s Research Division for nearly two decades. She is a Fellow of ACM and the American Association for the Advancement of Science. Simons received the Computing Research Association Distinguished Service Award, the Electronic Frontier Foundation Pioneer Award, the ACM Outstanding Contribution Award, and the Computer Professionals for Social Responsibility Norbert Wiener Award.

A highlight of Wulf’s tenure as Director of the National Science Foundation (NSF) Computer & Information Science & Engineering (CISE) division (1988-1990) was overseeing the merger and conversion of the ARPANet, an early packet-switching network with/to NREN, an early network that supported the research and education communities. This merger, as well as efforts by Wulf and others to work with Congress to craft legislation, led to the publicly accessible internet.

While at the National Academy of Engineering (NAE), Wulf became known as the “Education President.” He established NAE’s first Standing Committee on Engineering Education and spearheaded NAE’s technical literacy movement. Two reports: “The Engineer of 2020” and “Educating the Engineer of 2020” were especially well-received and fostered broad consensus among NAE’s membership. Wulf was also recognized for his efforts in championing ethics and greater diversity in the engineering profession during his term at NAE.

The ACM Policy Award was established in 2014 to recognize an individual or small group that had a significant positive impact on the formation or execution of public policy affecting computing or the computing community. This can be for education, service, or leadership in a technology position; for establishing an innovative program in policy education or advice; for building the community or community resources in technology policy; or other notable policy activity. The award is accompanied by a $10,000 prize..

Judy Brewer receives the ACM Policy Award for her leadership of the Web Accessibility Initiative and development of multiple web accessibility standards, which have been adopted globally and improved accessibility for millions worldwide. Brewer leads the development of standards and strategies for inclusive web design, providing web developers with tools necessary to bring the power and the promise of the World Wide Web to millions of people. 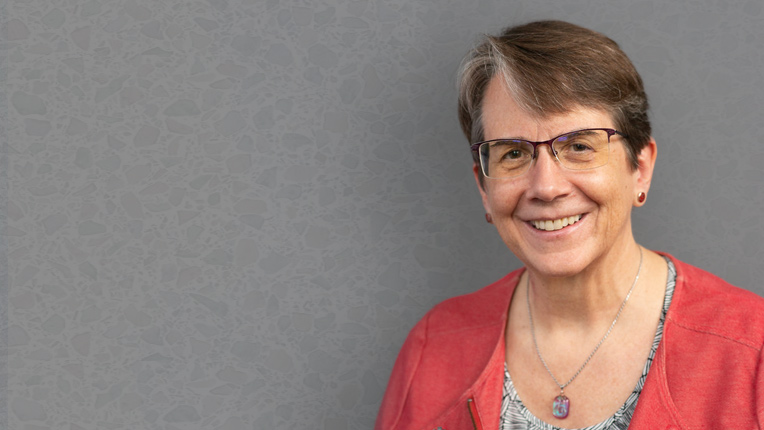